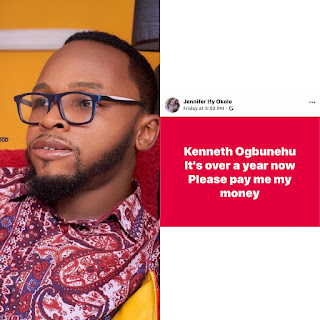 Popular Nigerian On Air Personality based in Port Harcourt; Mr Kenneth OGBUNEHU popularly known as the RADIO KING OF QUEENS has been called out on social media by a Port Harcourt creative over a year old unpaid debts.

Miss Jennifer Okolo who is a creative in the Port Harcourt Entertainment industry has called out the OAP who works at 99.5WishFM over a money he has owed her for over a year and has failed to pay. She made this call out on social media were she claims Mr Rev Ken has blocked her and has refused to pay off his debts even after claiming the money is cheap. 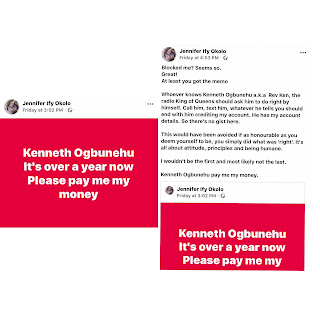 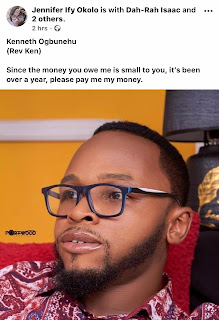 Ben Murray-Bruce termed a hypocrite as he declares support for Prince, Kiddwaya and Erica

By Karinaiblog
2 Mins read
Not too long along, the internet was running wild as Nigerians took to social media…
E! NEWS